Blockchain is a system of recording information in a way that makes it difficult or impossible to change, hack, or cheat the system. The technology makes the system transparent and unchangeable.

The system is essentially a digital ledger of transactions that is distributed with the entire network of computer systems and servers on the blockchain. Each block in the chain contains information of transactions made and each new transaction’s information is added to every participant’s ledger. In this way, the database is managed by various participants and is decentralized and so there is no central governance for managing the system. The system uses an immutable cryptographic signature called a hash to record each transaction and helps in linking each new block created to the previous block.

We know that in 2016, hackers stole $100 million from the central bank via its accounts with the Federal Reserve Bank of New York. The stolen money appears to have been moved using SWIFT, a Belgium-based cooperative banking messaging platform that banks use to move money internationally. In total, 30 SWIFT requests were made on Feb. 5 using Bangladesh Bank’s SWIFT code, of which five were successful, Reference newspaper- Prothom Alo.

If blockchain is implemented, this type of unwanted incidents can be halted from happening. The size of this heist will no doubt lead to further research into systems that might help augment or replace existing cash transfer measures like SWIFT, by using cryptocurrency style public ledgers blockchains to maintain definitive records of all transactions.

Standard Chartered Bank has blockchain transactions at the local bank account and they have the plan to go global levels. In their system, there will be no such paperwork and no need for bank visits. All parties’ buyers, banks, beneficiaries who involved in the process can perform all tasks simply by logging on to Contour Network.

Prime Bank executed an interbank blockchain Letter of Credit (LC). The transaction was conducted with HSBC Bank. The pilot transaction was completed through Contour, the global trade finance blockchain network, whereby an inland LC was opened by Prime Bank on behalf of AnantaGroup for the import of raw materials for the ready-made garments industry from Tamishna Group, a customer of HSBC Bangladesh.

Another commercial Bank Asia also started working for the Integration of CBS with Ripple xCurrent System. That bank had been working on the integration of the Core Banking System with Ripple’s xCurrent system. The aim of the project is to connect the Bank into the Ripple network, where a number of banks and MSBs are connected. The end result will be a blockchain-based network facilitating real-time remittance transfers. Till now, it is unknown whether this integration has been completed.

A.P. Moller – Maersk is an integrated logistics company. We go all the way to connect and simplify global trade for a growing world. The shipping and logistics giant, leverages its blockchain, TradeLens, for the digitalization of supply chain information.

IBM was one of the first major enterprises to focus on blockchain project. New vaccines need to be widely trusted. From inception to injection, a new network powered by IBM Blockchain can help build that trust. Vaccine distribution can now be traced every step of the way.

The ING Group is a Dutch multinational banking and financial services corporation headquartered in Amsterdam. Its primary businesses are retail banking, direct banking, commercial banking, investment banking, wholesale banking, private banking, asset management, and insurance services. Their new project Bulletproofs code is open-source, which means that other interested parties in the development community are able to use, access and even contribute to the solution. Go to GitHub for more information.

Tencent helps the tax authority of Shenzhen to issues around 10 million invoices. Tencent has also established WeBank, which offers a unique blockchain platform known as FISCO BCOS or Be Credible, Open Source. Financial Blockchain Shenzhen Consortium (FISCO) has a member of more than 100 Chinese companies. WeSign, helps in reducing the arbitration processing time. As a result, it finds applications in Chinese courtrooms for recording various pieces of evidence.

One of the notable projects of Visa is “Visa B2B Connect.” It uses blockchain infrastructure from Chain to offer a better financial solution in cross-border payments. In reality, this project can offer a cost-effective, secure, transparent, and fast way to process all global payments.

The blockchain ledger of HSBC has helped in the settlement of almost 1.9 million trades with a nominal value of around $1.7 trillion.

Despite all of the success and hopeful stories, it has some challenges like Data immutability, Cost and Implementation Struggle, Expertise Knowledge, Interoperability.

So, what do you think about blockchain in Bangladesh? Comment to let us know your valuable thoughts. 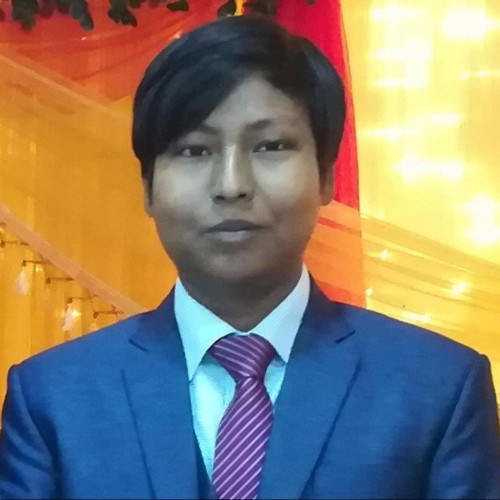 How to Master Working From Home [Bengali]

LEADS Corporation Limited has been a foremost information technology service provider since 1992. LEADS has come a long way since, to become the leading provider of application software for the financial sector of the country, among its myriad of different products and services.